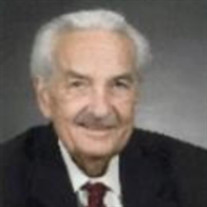 Dwight L. PickensMemorial services for Dwight L. Pickens, 77, loving husband and father will be 10:00 A.M, Thursday, November 10, 2011, at First United Methodist Church of Daingerfield with Rev. Dan Gilliam officiating. Interment will be in Veal Switch Cemetery. Mr. Pickens was born January 15, 1934 in Campbell, Texas to George and Zula Pickens and passed away November 6, 2011 at his home. He graduated from Greenville High School in 1951 and received his Associate's Degree from East Texas State University in Commerce, Texas. He served his country in the 147th A.I.B. 19th Armored Division, Texas National Guard, North Fort Hood, Texas. Mr. Pickens begin his career as a draftsman with the Texas Highway Department in Greenville, Texas. He held sales positions with Olin Conductors in Sedalia, Missouri and Florida Power & Light in Miami, Florida before returning to ESCO and POWELL-ESCO for forty years of combined service. Mr. Pickens was active in many community affairs. He was a member of the Lions Club and the Rotary Club and was an active member of First United Methodist Church of Daingerfield. He loved spending time with family and friends during the holidays and especially enjoyed his favorite hobby - woodworking. He spent many hours in his work shop creating different wood crafts to donate for the annual church bazaar. He was also a very talented oil painting artist. He and his wife loved traveling and their favorite destination was Italy, where they visited numerous times and relished the Italian cuisine.Mr. Pickens was preceded in death by his parents, brother Glenn and sister Nelda. He is survived by his loving and devoted wife, June Wallace Pickens of Hughes Springs; his son and daughter-in-law, Lain and Janis Pickens of Flint, Tx.; his daughter and son-in-law, Pam and Mike Rose of Tyler, Tx.; his son and dauther-in-law, David and Sunita White of San Antonio, Tx.; his son, Darrell White of Irving, Tx.; and one grandchild, Christina Brooke Pickens of Fort Worth, Tx. The family would like to extend a very special thank you to Texas Home Health Hospice. They made his special journey so much easier and their presence was a comfort to the family.Visitation is scheduled for 6-8 P.M. Wednesday at Nail-Haggard Funeral Home in Daingerfield.Online condolences may be made at Nail-HaggardFH.com

The family of Dwight L. Pickens created this Life Tributes page to make it easy to share your memories.

Send flowers to the Pickens family.